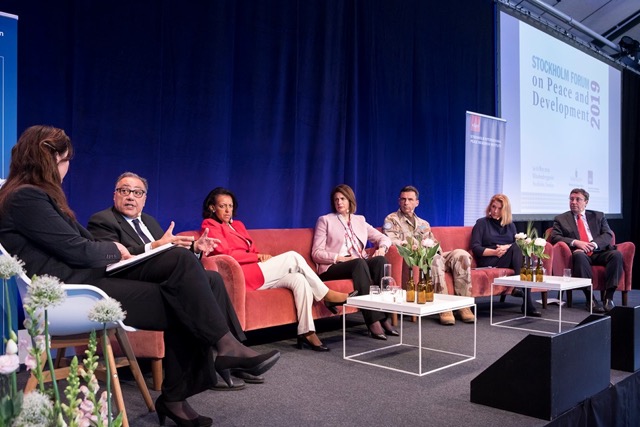 The Somali King Abdirashiid Boqor, participated in the sixth annual Stockholm Forum on Peace and Development, which was launched Tuesday in Stockholm, Sweden in the presence of a large number of policymakers, researchers and high-level practitioners.

The Forum, which is held annually by the Stockholm International Peace Research Institute (SIPRI), focuses this year on the theme ‘From crisis response to peacebuilding: Achieving synergies’.

The three-day forum (14-16 May) Boqor Abdirashid  will address in several sessions as a panelist with ministers and international representatives on peacebuilding, stability and development

Boqor Abdirashid Boqor Omar is the king of the Ismail Ali kingdom, one of the largest clan of Ali Saleeban. He is the cultural king from the tribes that settle the Puntland region of Somalia and has inherited from his father Boqor Omar Sanweyne